"A Labour of Love"

Sibtain Naqvi, Author of "Chronicling Excellence: A History of IBA", reflects on the bitter-sweet journey of penning down the vast history of his alma mater.

Sibtain Naqvi is Head of University Relations at Habib University and Editor of Hum Khayal, the University magazine. An IBA graduate, he writes for several English publications on a range of subjects. His work has been cited in Through the Eyes of Tiger Cubs: Views of Asia's Next Generation by Mark L. Clifford and Janet Pau and co-sponsored by Time Magazine, Asia Business Council and the Lee Kuan Yew School of Public Policy at the National University of Singapore. He is the author of IBA's official history and currently engaged in research on Amroha and Sadequain.


1. What inspired you to pen down the history of IBA?
My connection with the history book project started well before I formally started working on the book. A few years after graduating from the Institute of Business Administration (IBA), I attended a memorial for one of its leading lights, Mumtaz Saeed, known to our community as "Bhai Shamman". A professor at the IBA in the '60s and '70s, Bhai Shamman was a man known for his avuncular charm and the memorial featured several of his colleagues from the old days. After the service they got together in a corner and started talking about the old days of the institution, when they were students and later young graduates themselves and had started teaching there. The anecdotes painted a world of foreign professors, student trips to northern areas and much more. Many family members had studied from there or had aspirations to and I had grown up with tales of the IBA: the teachers, the discipline, the selection process, etc. As a student I had been curious about the Institution's past. While I was studying there the Prime Minister of Pakistan was a IBA alumnus and visited on a 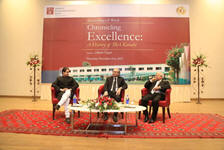 few occasions and that and other aspects such as the very visible challenges and paradigm shifts from early days only made the historicity of IBA that much more palpable. The story was obviously rich and compelling and what every student should be exposed to. After hearing and thinking so much about these things when I got the chance to delve further into the history of IBA I accepted it gratefully.

My second stint started when in October 2013 I got a portentous call from Dr. Framji Minwalla whose exact words were, and I can still recall them, "How busy are you"? I told him quite a bit but one doesn't say no to academics and specially those who happen to be friends and especially when it's a chance to serve the institution. Framji and Prof Sardar asked me to submit a proposal which was approved and so began the second part of my life at IBA. I was to write the history of IBA. I was very well aware that there was the IBA of 1960s and the IBA of later years and the dichotomy was jarring. But here's the interesting bit. If my student experience had been jarring for various reasons to do with faculty, academics and facilities the second one was only because of how far IBA had come from when I was a student.

2. How is IBA different now from the time that you were a student here?

There was a lot of talk of 'grit' during my student days. Now, grit has its uses but too much of it makes us focus on the muck we are trudging through and not look up at the stars we are striving towards. Too much of it robs you of your soul, your spirits and made jack a very dull boy indeed.

That IBA contrasts with what IBA is today and they contrasted with what IBA was meant to be. It's not just the physical infrastructure which is instantly obvious but the intangibles: the vibrant intellectual fabric and spirit of critical enquiry that infuses the faculty and students. I cannot cover these aspects in a short time, the book shall do that but suffice to say: IBA is now the institution that was dreamt by its fathers, dreamt by Dr Hoffman, its first head, and Dr Mukhtar, its first Director.

3. Give us a sneak-peek into the book. 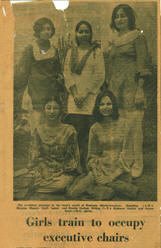 A genuine effort has been made to put forth a corroborative account, backed by solid evidence and multiple sources. It covers the early years, humble beginnings, the tiny rented campuses, hostels in homes around the city centers, the faculty trainings, first students and their placements, IBA's donors, all the way down to these magnificent changes wrought in a matter of years. It's a humble effort, trying to capture the story the history of an institution that casts such a long shadow was not easy and ever since I sent it for print I have been suffering from cognitive dissonance, the unfortunate fate of every writer. Essentially, I finished the book and immediately started thinking of what else to write about, through the process the more I discovered the more I wanted to discover. This is natural of a creative process; I realize it never ends and shouldn't end.

The book is divided into broad themes, at once interconnected and distinct. Instead of a chronological segmentation it was structured so to give each chapter requisite space and allow the reader to go deep into the different aspects of IBA: background, early days, international linkages, infrastructure and facilities, academic strength, faculty, student life and governance. While the book as a whole is written keeping in mind the general audience, it is expected that specific bodies of readers will find certain chapters to be of particular relevance. 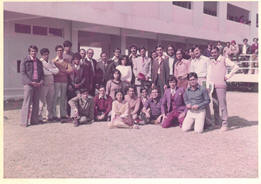 Third party accounts, what other institutions have recorded about IBA, are also critical as they provide new perspectives and open fresh vistas of critical enquiry. These include the archives of the University of Pennsylvania which warmly mentions the "sisterhood relationship" with the University of Karachi in Pakistan that was to result in the formation of the Institute of Public and Business Administration (IPBA), which soon after became the IBA. USC's website also mentioned the team that joined IBA in 1959 and 1960 and this information from the two principle contractor universities showed how IBA was perceived in Philadelphia and Los Angeles. Local third party perspectives came from the nearly 600 news items about IBA which were discovered in Dawn newspaper's archives starting from 1958 to present day. They shed light on the happenings of IBA through the eyes of Pakistani media and proved to be invaluable in keeping the historicity of events in tandem with official matters.

4. How was your experience of writing the book? 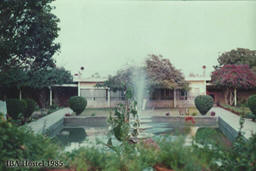 For a long time I was consumed with this project and went through various stages of research, writing, proofing, composing, designing, depression and elation. Writing the book and delving into the records and memories of people gave me a fresh perspective and greater appreciation of my own institute, where it was, where it had gotten to and where it is now. Sometimes, very late at night and deep into the witching hour I would think of the ones no longer here but who left their indelible marks on IBA. It came to a point where I felt I knew them and began to form relationships with those no longer with us but whose work lives on and will continue to.

In the end it came down to it simply being a labor of love and how I wanted to showcase IBA, its successes and challenges, highs and lows and explore a most remarkable institution, one that is sometimes taken by granted even by those who know it well. IBA is a unique institution, the first business school outside of North America. No single institution in the world has impacted the corporate and business world of the country it is located in the way IBA has done for Pakistan. It would be fair to say that the history of Pakistan's economics is inexorably tied with the history of IBA. And it's not just the world of commerce that IBA heavily influenced. Shortly after inauguration it was providing trainings and refresher courses for the armed forces, government functionaries and bureaucrats. Its influence spreads into the very highest government posts in Pakistan. In spite of being purely a business school for majority of its years and with small annual student outputs, IBA was able to produce graduates that served as ministers and senators in different governments.

The book then is meant to chart the journey of an institution that has shaped the corporate world of Pakistan, produced national leaders and senior academics. It also brings to light the lives and experiences of those who made it what it is: the faculty, the staff and the students. It did so in troubled times and halcyon days and over 6 decades maintained the quality of graduates and its standing while other public institutions crumbled and decayed.